When a high-ranking security officer saves you from prison, you end up a pawn in her schemes. Now you must eliminate anyone standing in the way of her secret plans and try to get your life back while working two jobs. No tenant, employee, or superior is safe from your spying.

Nominated for BEST STORY at the German Developer Awards 2022

“Is Beholder 3 worth it? Very simply. Yes. It’s a rarity when a non-AAA title game feels so polished, detailed, and original that it contends with the best of the best.

Beholder 3 takes the best bits of the first two games in this series and blends them together to make a fun, dark, morally challenging point-and-click adventure. While slow in pace is still thoroughly enjoyable. If you like dystopian fiction, if you like puzzle-based point-and-click adventures, if you like strong narrative then Beholder 3 might just be the game for you. It’s one I will be playing again and again.

In Short: Quest Design, Narrative Design & Writing (in German on this project) with a focus on continuity, fun, multiple ways to solve quests, and heavy consequences.
The Family Finale and Resistance storylines were my babies and in total, I worked on/wrote/designed/technically implemented 28 quests and a number of systems.

Nominated for BEST STORY at the German Developer Awards 2022 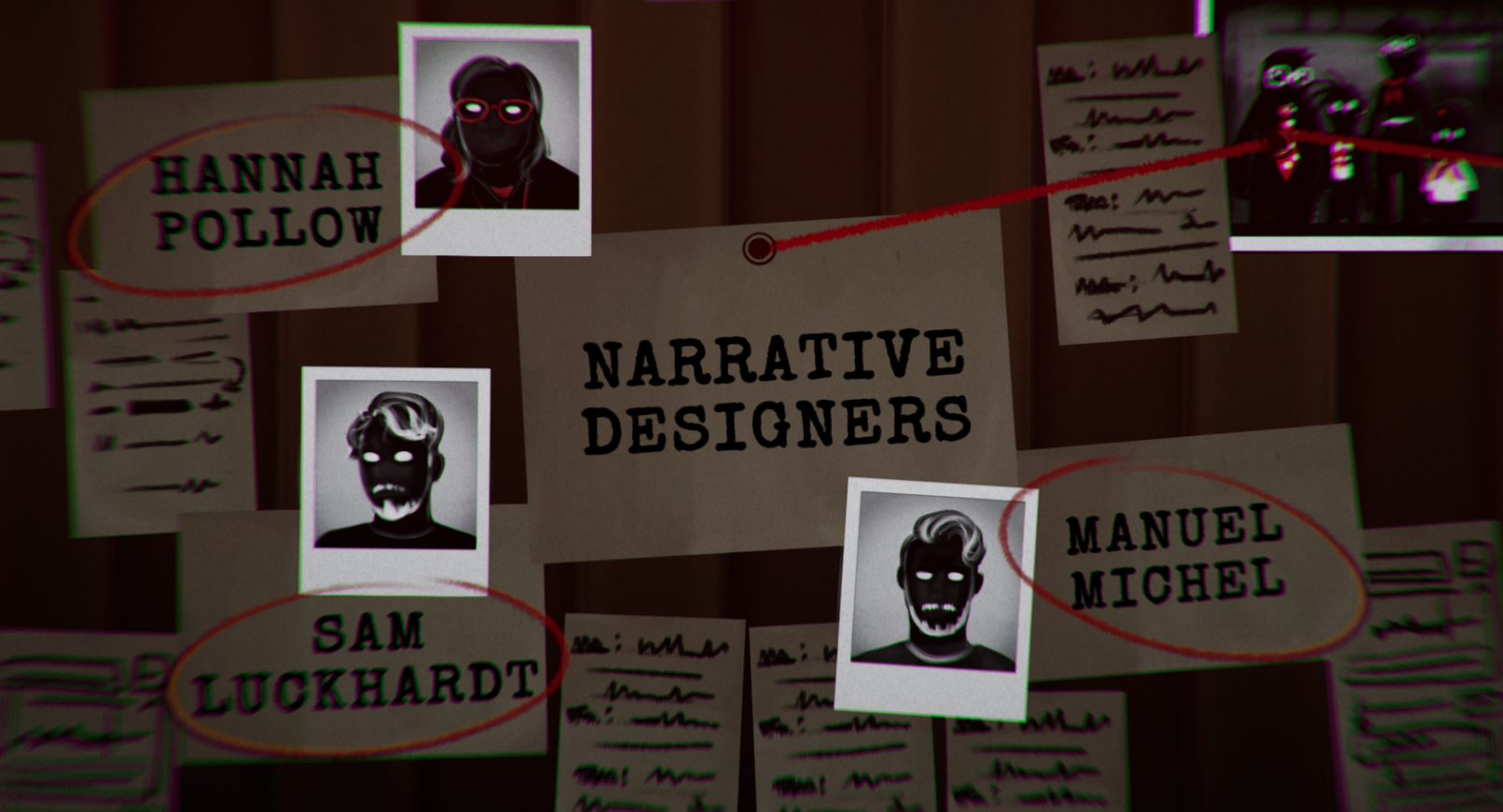 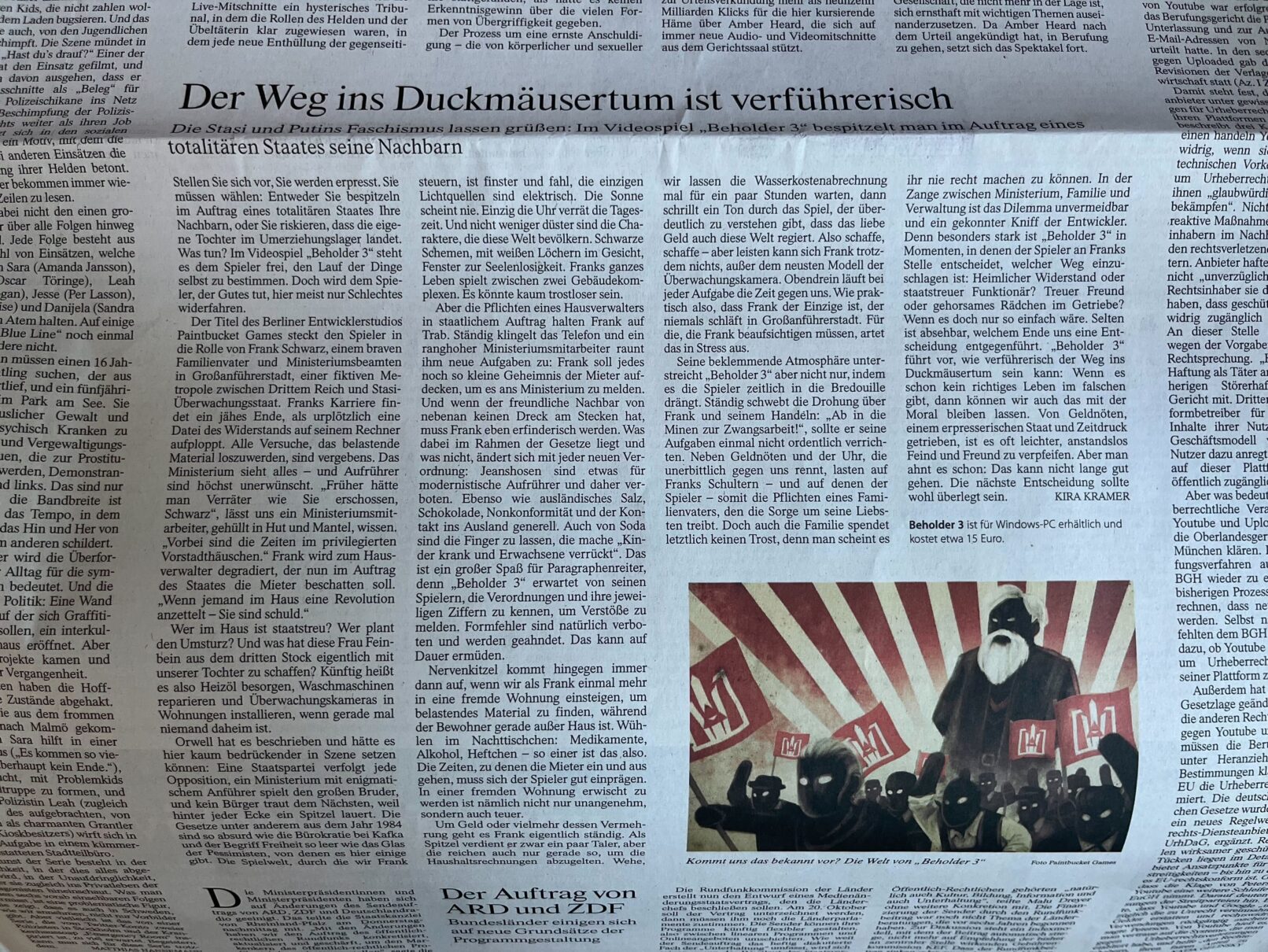 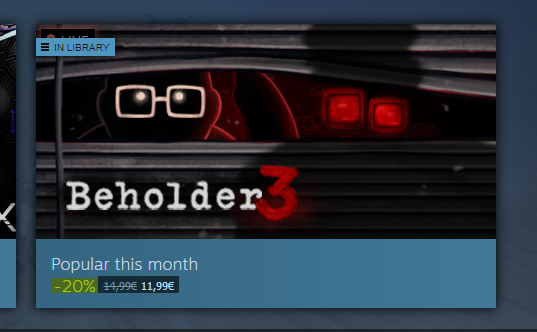 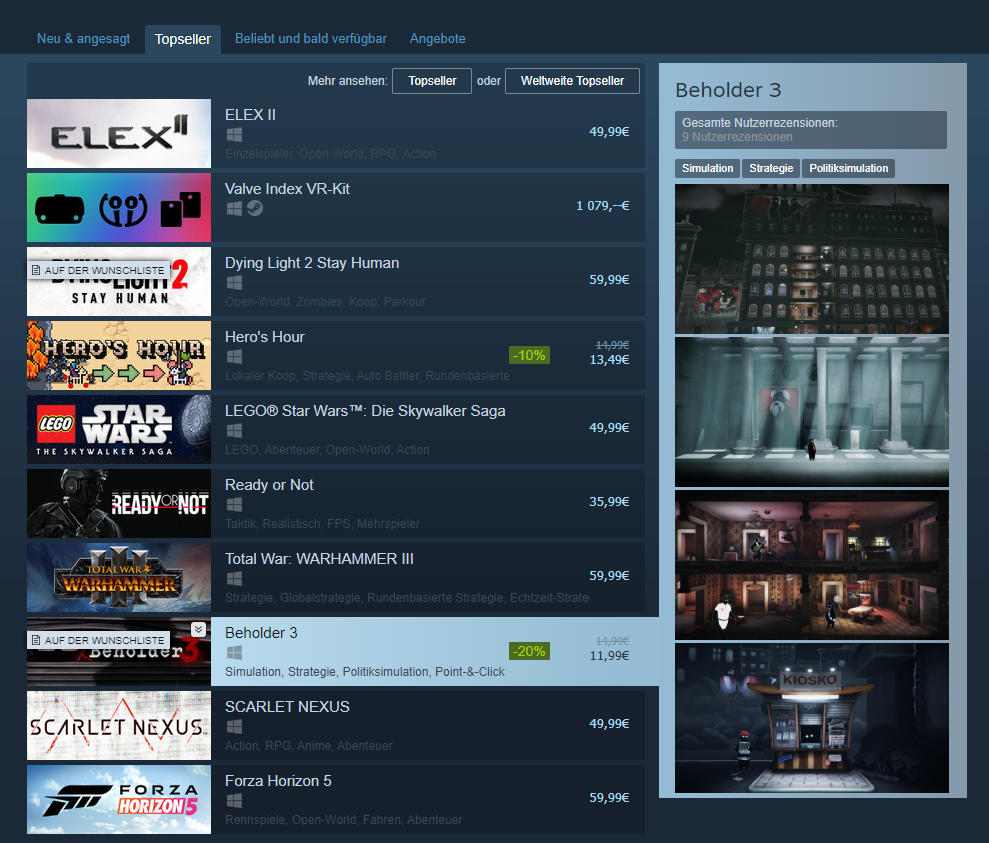 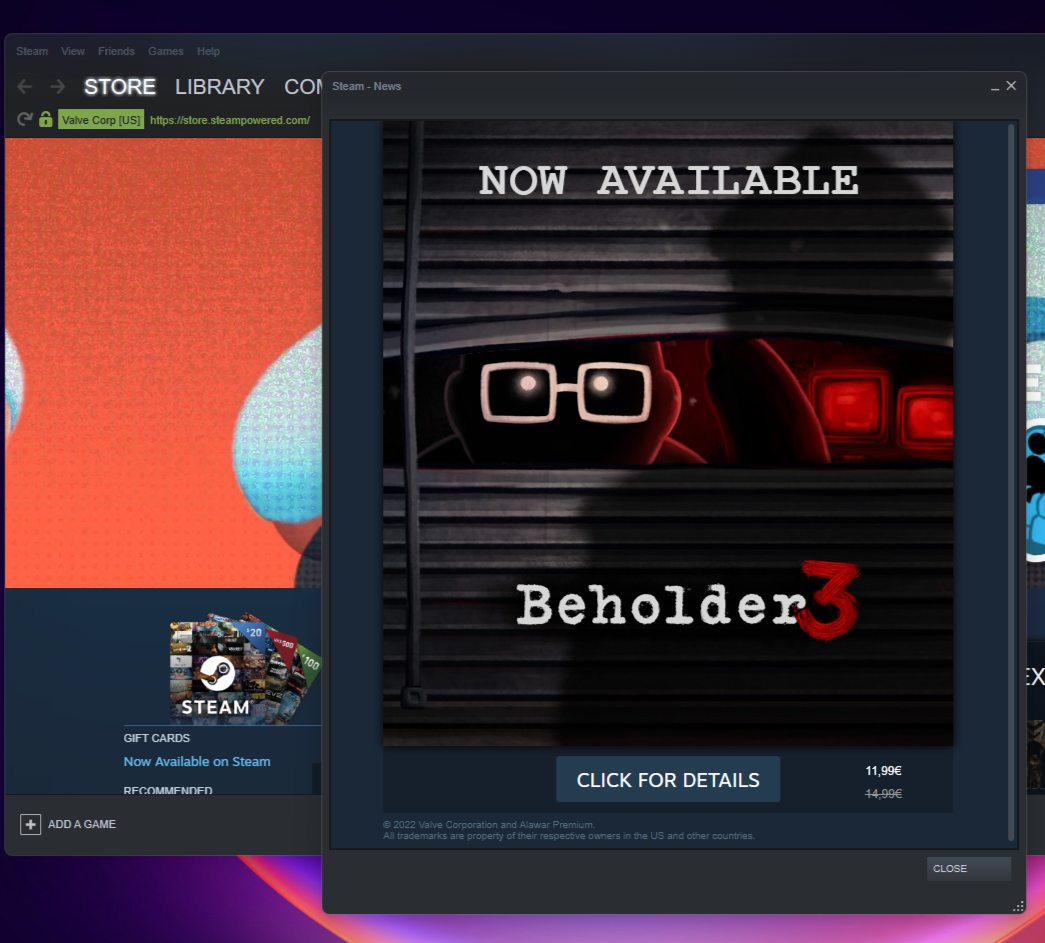